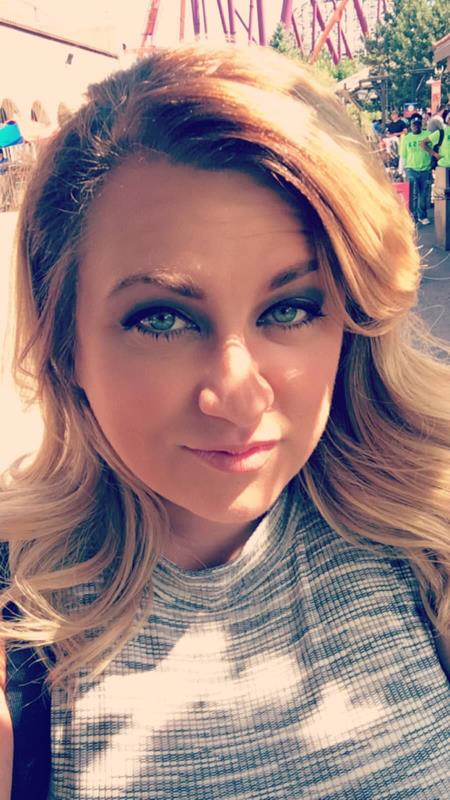 Please welcome to Local 3657 our newest member, Nikki Zepeda in the Gary, Indiana office in District 7. 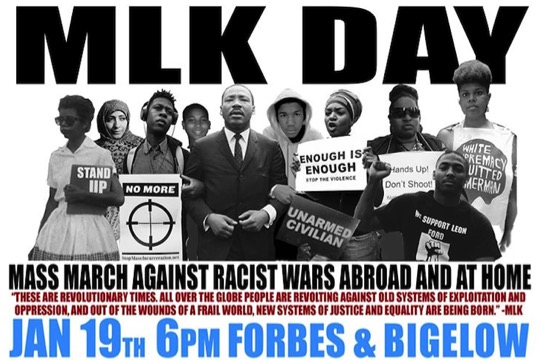 “Our only hope today lies in our ability to recapture the revolutionary spirit and go out into a sometimes hostile world declaring eternal hostility to poverty, racism, and militarism.” — Martin Luther King

Join us for a march and rally against police brutality and racism on Martin Luther King day and keep his legacy alive by demanding an end to all forms of racist wars: from the domestic war waged against the poor and working Black and Latino communities to the imperialist wars on the poor and working people all over the world.

Related: Read USW Local 3657’s Statement on the Killings of Mike Brown, Tamir Rice, Eric Garner, John Crawford and Too Many Black Men and Other People of Color.

Over the past six months we have been shocked and outraged again and again as we heard about young, unarmed Black men and other people of color killed by police officers. We have also been shocked and outraged again and again as the white officers involved in those killings evaded facing the justice of fair and open trials in front of juries of their peers. Our Local Union has passed and published resolutions on specific cases but it is becoming increasingly clear to us that these are not isolated incidents but indicators of systematic failings in our nation’s policing and criminal justice systems.

Too many Black men and other people of color have been killed, too many police officers have walked free, and too many people in our communities have lost faith and trust in our nation’s policing and criminal justice system. We believe that it is time for transformative action:

A Generation Left Behind

For more than 100 nights, young people in Ferguson, Missouri have taken to the streets to demand justice for Mike Brown and accountability for his killer, Darren Wilson. They have faced down shocking levels of police violence, braving tear gas, pepper spray, tasers, batons, and hundreds of arrests. And in the streets for those 100-plus nights, a lost generation–the millennial generation–has found its voice.

The millennial generation is the first generation in recent American history that will not do as well as their parents. This generation lived through years of deindustrialization and failed trade policy, more than a decade of wars that took money away from schools and social services and forced young people into battlefields half a world away, and the most devastating system of criminalization and incarceration in the history of the world.

Today there are more than 2.4 million people in prison in the United States. US prisons saw a 700% increase in population between 1970 and 2005. This massive increase in incarceration rates disproportionately impacts men of color. According to data released by the Bureau of Justice Statistics one in three Black men can expect to be incarcerated in their lifetime. While people of color make up only about 30% of the United States’ population they account for 60% of those imprisoned.

Most disturbingly for the millennial generation, this pipeline to prison starts in the schools. According to the Department of Education 96,000 students were arrested in schools and 242,000 students were referred to law enforcement by schools during the 2009-10 school year. Of those students, Black and Hispanic students made up more than 70% of the arrested or referred students.

In the face of this legacy of failed economic policy, a massive increase in the criminalization and incarceration of people of color, and an ever widening school to prison pipeline many in the millennial generation believe that the system is failing them. And unfortunately, they are correct.

In the aftermath of the killings of Mike Brown, Tamir Rice, and Eric Garner and the non-indictments of Darren Wilson, Timothy Loehmann, and Daniel Pantaleo, union officials representing police officers in St. Louis, Cleveland, and New York have spoken out with uncritical defenses of the officers involved in these killings. They have publicly rebuffed calls reforms in policing and politically attacked people and organizations calling for reforms. Police Unions in St. Louis and Cleveland demanded that the Rams and Browns franchises discipline players for speaking out against police violence and the New York City Patrolmen’s Benevolent Association banned New York City Mayor de Blasio from funerals for fallen police officers after the Mayor spoke out in favor of reforms in community policing.

As professional union staff, the members of USW Local 3657 fully understand the PBA’s responsibility to fairly represent members facing disciplinary action through the appropriate grievance and arbitration procedures. We support those unions in engaging in their contractual role of ensuring that officers are only disciplined with just cause. But we believe that the work of fairly representing officers who are accused of serious offenses belongs in the grievance and arbitration process outlined in the collective bargaining agreements and not in the public discourse.

We further believe that the police officers’ unions can adequately represent the interests of their members while at the same time hearing the hurt and outrage of the communities that they are sworn to serve. We believe that police officers’ unions around the country can play an important role in rebuilding trust between communities of color and police forces. We strongly encourage our sisters and brothers involved in police unions to take the lead in pushing for transformative change in our criminal justice system.

It is worth noting that not all police unions and police associations have taken adversarial approaches to policing reforms in the wake of the recent string of officer-involved killings. On a national level, the National Black Police Association has bravely spoken out on the killings of Eric Garner and Mike Brown and in St. Louis the Ethical Society of Police has taken a strong stand in favor of reforms in their police forces. We commend the work of these organizations and we strongly encourage our sisters and brothers in the PBA and other police officers’ unions to follow this brave example and become a force for progressive transformative change.

Our Commitment to Action

The members of USW Local 3657 understand that actions speak louder than words and we are committed to taking meaningful action to push for transformative change in the criminal justice system and an end to police violence.

In unconditional solidarity with the ongoing struggles to end police violence and racism and to build a more just society,

Over the past year, many of us have gotten to know Jim Staus, Ron Oakes, and Al Turner pretty well.  All three of worked at UPMC until the hospital chain illegally fired them for participating in the union organizing effort.

Their union, the SEIU, has filed charges with the National Labor Relations Board, which sided with the workers and ordered that they be reinstated with back-pay.  To stall the process and keep Jim, Ron and Al out of work longer, UPMC has appealed the ruling.  Earlier this year, UPMC made an offer to Jim, Ron and Al that would give them some back-pay and but would take them out of the organizing drive.  Just last week, the hospital chain made an even bigger settlement offer to try to silence all three activists.

Jim, Ron, and Al all rejected UPMC’s offer and decided to move forward with their push for justice for ALL UPMC workers.

This is a pretty bold move.  All three have been out of work for months and were offered large cash settlements right before the holidays.  But they know that what they’re doing is right and they’ve chosen to stand for justice for all UPMC workers.  Our allies at Action UNITED, a coalition of progressive organizations here in Pittsburgh have reached out to us because they are trying to bundle together some cash for Jim, Ron and Al so they can have a good Christmas even though they chose not to accept UPMC’s buy out.

Many Fight Back Pittsburgh activists and leaders have made significant donations to their fund and we invite you all to join us in donating to make sure that Jim, Ron and Al all have good holidays as they continue the fight for justice at UPMC.

We will also be attending a holiday party to thank Jim, Ron and Al for standing tough on–come out to join us to celebrate union solidarity!

If you’re planning on attending, please make sure to RSVP online at https://hcpa.seiu.org/page/signup/a-night-of-celebration-and-solidarity

Happy holidays!  We’re looking forward to seeing you on Wednesday! 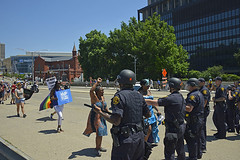 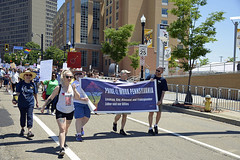 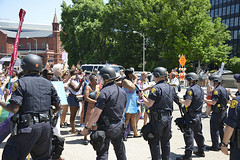